Is it worthwhile trying to stop it?

Piracy across the World

Piracy is often referred to as one of the greatest problems for Producers, Artists, Musicians and Record Companies alike. Copyright costs the Music Industry a huge amount of money each year.

In the UK a total of 7.2 Million people engage in violating UK’s copyright laws which will cost the UK music sector an estimated Â£200m in 2009. This will bring the total cost between the years 2007 and 2012 according to research conducted by Jupiter Research to Â£1.2bn. In the USA with about 30 Million people involved in illegal file sharing copyright violation costs the U.S. economy $58.0 billion in total output and $16.3 billion in earnings.

As a result in Western societies several Record Companies, Production Companies, Artists, Bands and other organizations that generally profit from the sale of digital media are involved in a major campaign against copyright infringement.

Companies such as EMI, Sony, Warner, and Universal have all filed major lawsuits over the years against peer to peer and other file sharing websites. After a long period of time and after a huge amount of money has been wasted several such ventures involved in illegal file sharing have even been brought down or settled while many lawsuits continue to drag on. In some cases even ISP’s have been sued for not filtering sites that share music and movies and taking action against people who download files over the internet.

Despite such a heavy handed campaign against copyright in these societies the question that is being raised currently is whether it is even worthwhile to try and stop copyright infringement in the first place.

Costs Involved: The Government can spend huge amounts of funds trying to stop copyright infringement without any chance of success or they can utilize the same funds for something more significant such as healthcare and education. Studies show despite the efforts of Governments, Record Companies and other Anti-Piracy Organizations, people have always found new ways to bypass copyright laws and found ways to continue sharing software.

Negative Coverage for the Music Industry: Piracy is not hurting the Music Industry as much as the loss of goodwill caused amongst consumers, and the negative coverage the Record Companies get when they spend Millions on lawsuits. Lawsuits have been filed on over 30000 people for violating copyright and many people maintain they have not violated copyright laws. These lawsuits include those filed on a 12 year old girl and a dead woman. Despite this there are no results to show Piracy is decreasing but each year studies continue to show that it is rising. On the other hand these lawsuits cause the same music lovers who buy their records to loose trust in these companies as they believe they turn trivial issues into major ones.

Difficult to know when infringement has occurred: Another issue is that in many cases it is often impossible to know when a breach of copyright has occurred. Although Record Companies can sue Websites or organizations that share copyrighted material (and such cases are specially picking up momentum over the internet) it is often impossible to find out who has been downloading software over the internet. This information can only be provided by the Internet Service Provider (ISP) which generally doesn’t monitor every IP address or always take action against people involved in file sharing unless they choke up too much bandwidth.

Impossible to stop and prove in court that copyright has occurred: Breaking copyright laws can also be as simple as borrowing a CD from a friend and ripping the tracks on your own Computer without a cost at all or burning a CD for a friend or for sale to friends and associates at lower prices than the Record Companies sells it. In such cases it is impossible to know a violation of Copyright has taken place in the first place. Enforcing Copyright Laws are also difficult because it is often impossible to prove in a court of law that a person is responsible for illegally downloading copyrighted material from the internet or sharing it through other means.

Too many people involved: Given that over 140 Million people across the World engage in downloading movies, music or other software over the internet the question is how many of these people can be punished for copyright infringement? If there was a small group of people trading material over the net such an effort might even be worthwhile but with over 140 Million people involved in such activities it is impossible to punish each and every person for defying the law which often varies from Country to Country.

Infringement keeps a balance in society and promotes emerging talent: It is also debatable whether Copyright Infringement is actually beneficial to emerging artists in the Music Industry. This may be so because sites that share Music provide coverage and promotion to these artists and to events that would otherwise escape people’s attention. They also provide songs from the Artists for people to sample. Such coverage is beneficial, necessary and cheaper for the emerging artists that lack resources or the money to promote themselves and their music. As a result such file sharing may keep the playing field balanced by keeping the established Artists, Musicians and Powerful Record Companies in check. After all it does not make sense for the Powerful Companies to continue getting powerful and profitable while emerging talent is completely ignored.

Famous amongst people who can’t afford to buy albums and movies: File download is very famous among the Lower Middle Class or Upper Working Class because they generally cannot afford to spend so much money on entertainment. As a result Copyright infringement helps the lower rungs of society that need to fit in to the needs of society and be accepted as equals. No one wants to be cut off from the World. Therefore copyright violations help in bridging the gap between the rich and poor music and movie lovers.

Whether for better or for worse the question of Enforcing Copyright has now come to the point where people ask whether there any point trying to do so as violations only continue to increase even though more pressure is being put to stop piracy?

Spending money on something as trivial as Music Piracy seems senseless when there many people in the World are dying from hunger and war and many people are living a life of immense poverty even in the Developed Nations.

Instead of spending Millions of Dollars on lawsuits many of which don’t even reach a logical conclusion to prevent something that is in many cases benefitting the community; it makes more sense for Recording Companies to help the community and show goodwill to the people that buy their records because the best way to combat piracy is by promoting goodwill and not by isolating Music enthusiasts.

Note : The opinions & thoughts expressed in this article is not subject to deface anyone, but to bring the facts on baord.PakiUM.com is not held liable or responsible in any case & cirsumstances.We believe in freedom of speech & respect the opinions of every one. If some one disagrees with it , he can report to the author of this post directly on this email havi@pakium.pk. 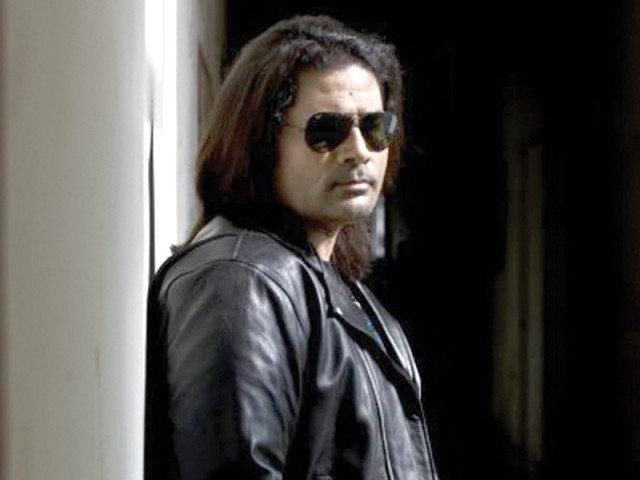 Karachiites gonna witness one Of the biggest and best music night Live.

Music Piracy in Pakistan – Points to be remembered