Slicker than the average
With their second album, Overload have moved further into the world of hypnotic percussion and frenzied riffs with a distinct female vocalist in tow. As for the dhols… they are still very much a part of Overload’s punch.
Instep lends an ear to the record that is Pichal Pairee…

The trip factor that one associated with Overload hasn’t disappeared with Pichal Pairee. The name of the record is enough to generate curiosity, especially since its literal translation from Punjabi is ‘the one with twisted feet’. To their credit,Overload live up to their name. It may be twisted (not the kind that makes you want to scream in pain) but the kind that you’d rather enjoy, given the hypnotic qualities of the unit that isOverload. And that is how one would sum up Pichal Pairee.

Their return hasn’t gone unnoticed like many other bands; even ones with record label deals don’t turn heads as much. And this isOverload’s strongest point. They know how to sell themselves. The first video off this record, ‘Pichal Pairee’ is a clear-cut sign. Some may compare Meesha to Amy Winehouse, with that grungy garb and beehive hair, but beyond some uncanny similarities (at least within the video), it is clear that Meesha is no Amy Winehouse.

On ‘Pichal Pairee‘, her vocals are not as flourishing as they are on other tunes on this record but the saving grace of the song remains its thoroughly crafted sound. Even as the song hops into some funky guitars and percussion, there is a definite groove to it that is captivating.

What’s also interesting is after Overload’s self-titled debut (2006), this time the band has come together on every musical front and experimented with rough guitars, slick production, and ambient rock with a sultry vocalist in tow.

The genre is hard to describe. The inspiration hails from ambient rock to electronica, funk pop with and an intriguing mix of traditional dhols.

Is this record like its predecessor? Yes and no.

To some degree, yes, because most of the players are the same but the new additions have mixed the flavour. Overload as a musical outfit have evolved. The most intriguing member of this band is Meesha Shafi, who doubles as a singer and is also one of lyricists on Pichal Pairee.

There are various reasons why Overload’s Pichal Pairee not only makes for an interesting listen but it also shows a direction in which music might be headed. This record has been released by the band on their website, (overloadbeats.com) where it can be downloaded for free. There is no record label as yet in the picture andOverload are not worried about it.

But that’s a completely different story. For now, the album…

Pichal Pairee is a small record with nine songs in total. And that was a smart move. An album as experimental as this, with instrumentals as well as English ditties and dhols sounds good because the band has concentrated on quality and kept the ship tight. Shahi Hasan, who has mixed and mastered the record has kept the sound clean and clear while Farhad Humayun, who is at the helm of this band, has produced his finest record to date. The songs keep tripping and create their own dimension, provided one is willing to enter.

‘A Thousand Miracles’ is slightly mournful, brooding and takes the listener in, almost as if nothing else exists.

‘Vichar Gai‘ has a more techno feel to it. And in this techno stratosphere, Meesha sounds beautiful as she sings about parting. She definitely reminds one of Butterfly Boucher with that same slightly sultry, slightly anguished voice. And in the same breath is ‘Saat Mein‘ where Sheraz plays with his piano and has fun with it, creating an ambience that is overpowering and unreal. And that is what makesOverload such a fascinating outfit. They remain one of the few acts who know how to play this musical card of ambience. This song shows off the skill and style of Sheraz. The addition of tabla from Ustad Allah Loke makes it all the more wandering but it ain’t aimless.

On ‘Kaykra‘, the mood is aggressive, but Mahmood, Farhad and Sheraz have arranged it with such style and consistency that one is instantly drawn. The rough guitars, smooth keyboards — its sharp stuff. It all adds certain frenzy to the song and that makes it an absolute winner, despite being an instrumental.
Meesha appears to be more in control of her vocals on ‘Amjad Khan‘. With a powerful bassline and soothing keyboards, Meesha sings, “I’m running/flying/floating” as Mahmood Rehman flirts with the guitar. And the sweeping drums and dhols just add more character. Meesha really pulls off a Beth Ditto here… she’s an interesting singer.

‘Dhol Bajay Ga‘ has a ‘Mission Impossible’-like frenzied sound. It has angry emotion as Meesha sings, “Bijli aaye na aaye/Hamara dhol bajay ga” and this emotion is compounded by some seriously sensational instrumentation. Whether its Farhad’s drums or Mahmood’s seething guitars or Nasir and Kala Saieen’s spinning dhols — its fabulous stuff. The variation in sound… and the fighting spirit that this song oozes out… it’s incredibly well-textured.

Amidst the round of frenzied and loud sounds is ‘Dig Dag‘ which opens like a Robert Miles song. It’s slow, fluid and inviting but it soon joins the choir of being a true Overload song and that doesn’t go without a certain mixture of raw riffs, a melancholic melody and thumping drums. It may be an instrumental but one that works.

Overload’s signature was their energetic shows, which became even more popular because of the hypnotic Pappu Saieen. With the new record, Nasir Saieen takes on that role. And he does a fine job at that. As far as studio recording goes, he has done his job with the fine balance of restrain and command on his instrument that was required.

And where Overload loses rural folks on (perhaps) some English lyrics, they make up for with their crazy dhols and spectacular videos. Like them or hate them, but the visuals can’t be denied.

With the music industry in dire need of a business model, Overload has paved the path, just like their many Western counterparts — releasing the album on their website for free. It is a trend that is synonymous with indie bands. In fact, Coldplay also did the same earlier this year when they released Left Right (a live compilation album) and uploaded it on their website to be downloaded for free. This is another story altogether but the bottom line is this:Overload cannot be underestimated. For every shortcoming that comes from being an urban band, they have a game plan. If there are instrumentals, there are also songs like ‘Amjad Khan’.

The language varies and after an out-an-out instrumental album, Overload have upped their game. For songs like ‘Pichal Pairee’, there are diverse tunes like ‘Dhol Bajay Ga’ and the stunning ‘Saath Mein’. Pichal Pairee is one of the most experimental records to be released in a while. It’s slick, it’s sexy and it’s darkly layered with aggression with some soothing moments.Overload know how to break language as a barrier and with this album, they have managed it yet again. 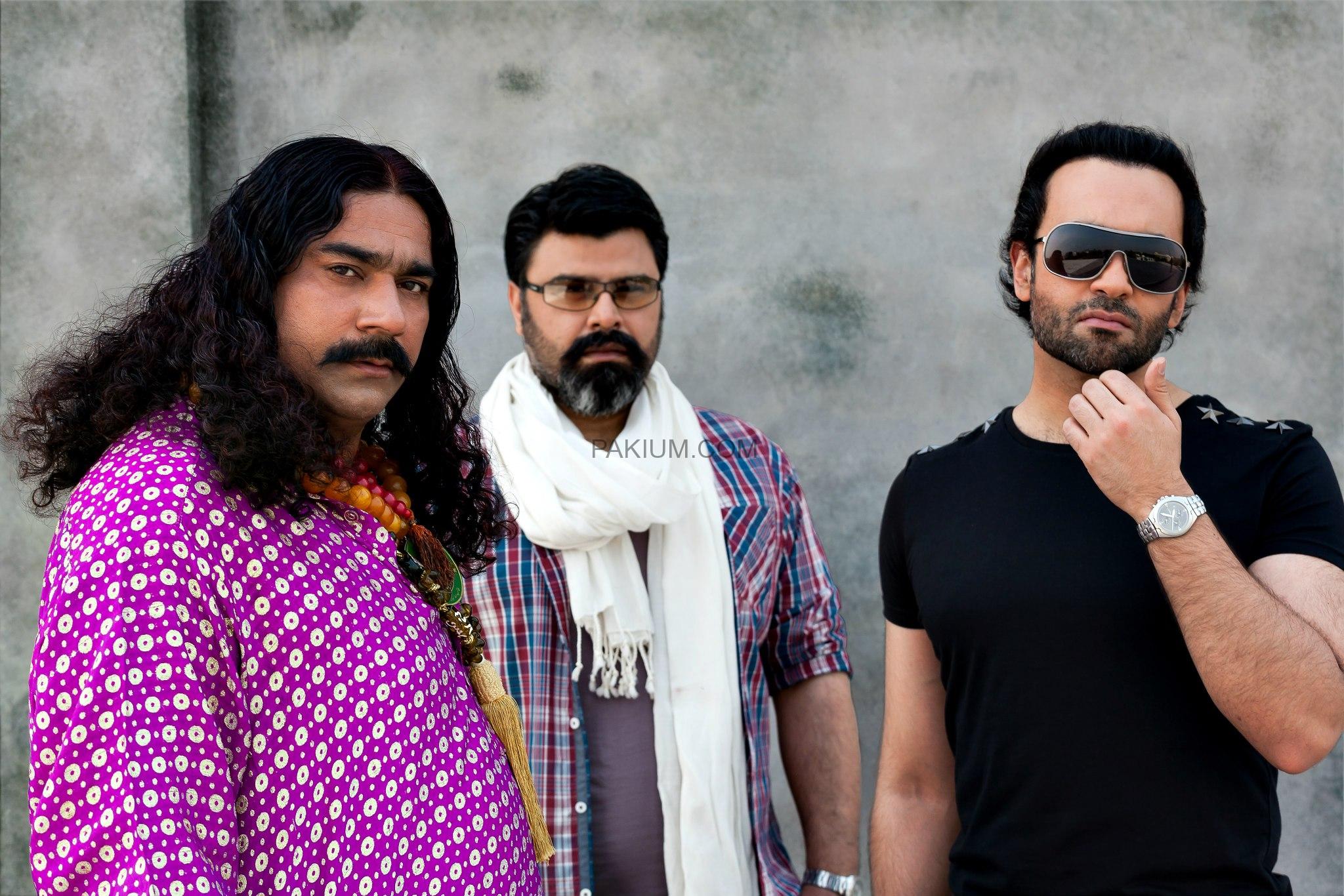 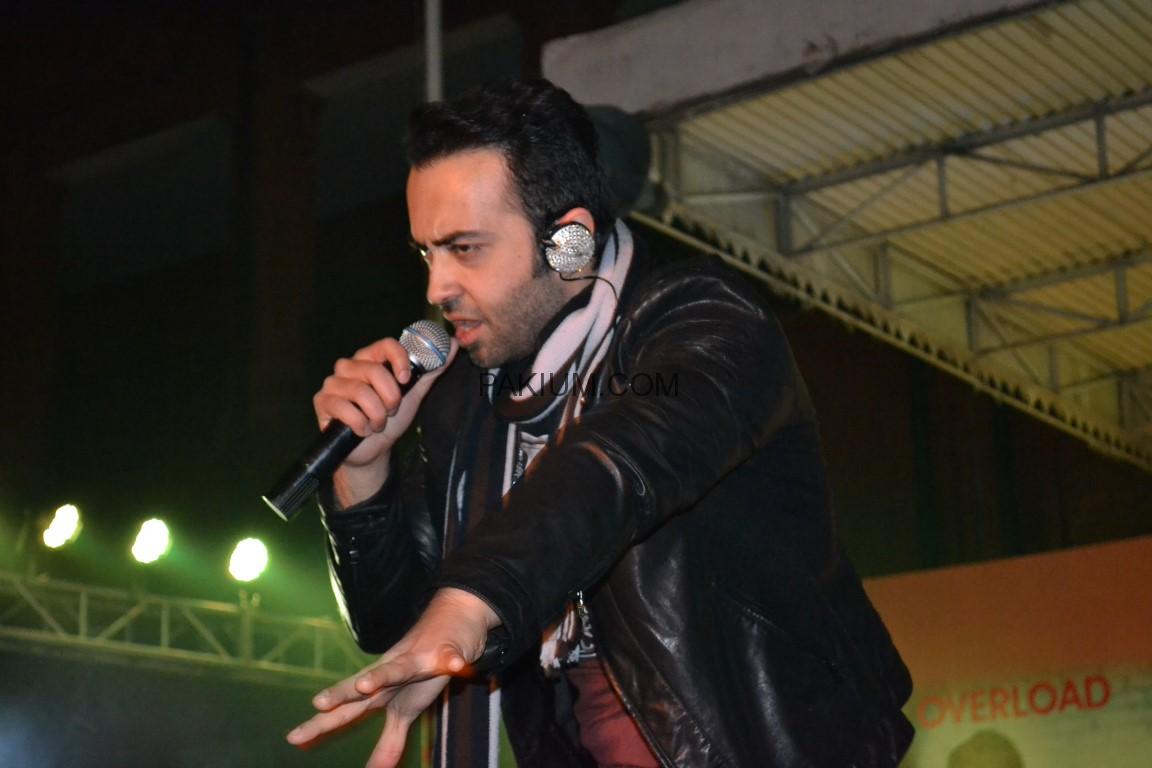