Following through in what is a great tradition of female vocalists from this part of the world, Fariha Pervez is the definition of both immense talent and sheer perseverance. While she began with both acting and anchoring at a young age, it was in Music that she found her true calling. Through the years, Fariha has ventured into many a genre, however her foundation had been set in Eastern Classical training under Master Feroze Gill of the Gwaliar Gharana. With the massive acclaim that her song ‘Patang Baaz’ received off her debut album, Fariha found herself on the path of what has now become a prolific music career.

To Fariha, there is a reason the music of this region connects with the rest of the world in the way that is has:
‘I think Pakistan has its own sound. While the region may be small, we’ve shown our Music in so many different ways. You will not find a voice like Reshma’s in the world, Roshan Ara Begum is one of the biggest singers that have come to pass in this region, when you begin to think of all the names, you realize you could go on. And our musical tradition goes on into the new generation. I’m sure that when the opportunity arises, what we have to offer stands out and makes its mark. There is a reason that our Music does make an impact.’ 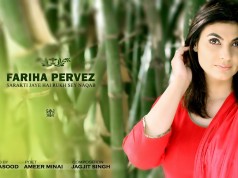 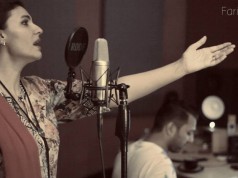