Saleem Javed has been in the Pakistani music industry for nearly four long decades and has achieved much success with his pop-rock songs. What makes him unique in the industry is that he started the trend of re-mixing classical songs with state-of-the-art improvisations and technical musical instruments and software more than two decades ago. Considering the fact that he has contributed so much for his field, it should not be too much for the guy to deserve some respect now but then unfortunately, that is definitely not the case, as the hottest word surrounding the veteran is that his car has been stolen.

A shocker indeed when you come to know your beloved car has been stolen. It was not just another Corolla. Saleem Javed had SE Saloon Silver colour Toyota Corolla to suit his celebrity status and who knows where the car is now. It just so happened that Saleem Javed came to a Masjid on his high-profile car but when he returned to the parking area, he became surprised that the car was nowhere in sight.

Saleem Javed quickly registered an FIR at New Town Police Station for the sake of his expensive car, registereration no. AGQ-733. The police is currently searching for the stolen car and hopefully will soon come to any conclusion (which we all better know already). 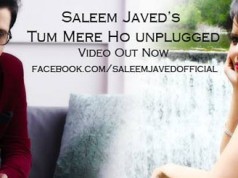