Fortitude is back with a bang. Due to the success of their very first music video ‘Pakhtoon Core’, the duo, with the collaboration of rhythmic Alag, has come up with another music video for their dedicated fans and “Our King of Heart” Haider Ali Khan. The band has once again added some the elements of their previous video: Pakhtoon culture and catchy beats mixed with bling bling.

Both the band members have performed well in their own right when it comes to singing or “busting a move with the beat”. The music video starts by a member playing a soothing guitar-like instrument to grasp the attention of the audience but that drastically changes when another member starts a fierce rap in Pashtu. Then a series of individual raps are followed by each member with clips of tough-as-nails attitude expressed by Alag. The overall video is too impressive to make anyone, Pathan or not, say wow and the credit goes to M.W. Productions.

The music video for No Borders has been directed and edited by Muddessir Wadood. Danny Qamar took the responsibility of being the director of photography. On top of all, Webster Beats has been in charge of the music production for the new video. As of now, the Fortitude has received a very well feedback and with the ever growing popularity, it looks like the band is definitely here to stay. 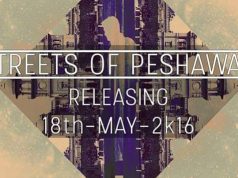 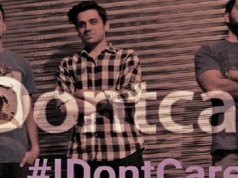