We Pakistanis are moving towards being more news-Oriented and news-concentrated nation.

Instead of having more entertainment shows, now our media is thriving by presenting and producing political programs. Instead of competing against each other on the basis of an entertainment-driven media, our media channels are actually competing each other by organizing debates among a bunch of politicians, who on the programs try to chew off the flesh from the arms of each other.(On second thought,why do they not do that in actual?)

Well it is not solely the fault of media. We also are responsible for this attitude of the media channels. Why? Because we are more interested in political circus that it is actually more profitable for channels to present the political hullabaloo to us by adding more ‘mirch masala’ to the programs rather than actually concentrating on the issue so that TRPs could rise higher!!!

On the other hand, It is actually media that has fostered this tendency in the nation by not producing quality dramas,programs and other entertainment stuff. Look at our Entertainment media, there is Faisal Qureshi, Humayun Saeed, Behroze Sabzwari and other super stars, but are there any dramas that our youth knows about?

But yes, there are these political talk shows which almost every guy knows about in cities like Karachi, Lahore, Islamabad, Faisalabad and Peshawar. I wonder where are programs like Fifty Fifty, Alpha Bravo Charlie, Dhuwan, Ainak Wala Jin, Sunehre Din, Angan Terha and Ankahi. And who can be so dumb enough to forget Alif Noon and Taleem e Balghan. I do not remember any recent Pakistani entertainment shows like those except few like The Shareef Show, Ghair Siasi Express and recently started The Most Respectable show.

The current circumstances of the country have also played a great deal in driving us crazy enough to be ready to hearanother new story about the country. We have gone so much callous now, that we want to hear when a bomb blast will take place next after the recent ones. We have become so much callous now that if no incident of terrorism takes place for a long time we ask our friends  ‘Hey, can you believe no bomb blast long time eh?’. Can you believe this?

We actually have become news-craving bimbos!! After waking up in the morning we actually turn the news channels on before yelling for breakfast. It is actually the ongoing political and economical uncertainty and  instability that has turned us into what we were definitely not.

Especially after the advent of dozens of these channels the race has just toughened up to deliver the most recent and BREAKING NEWS (read: barking news). They do not care what it is that they are covering, be it a bomb blast or an attack in which many people have been  martyred, they want to cover it first so that they could get the higher Ratings. Excuse me!! Hello..Where has the humanity gone? Is there any concept of ‘Country branding’ ? Do you restrict your transmission to Pakistan Only ? NO, the world watches your coverage and show it to their audience to WARN that Pakistan is the MOST DANGEROUS COUNTRY in the world.

Then to deepen our woes our film industry is just doing fabulously well in producing movies that could not be watched by a decent family at least. I did not know there were goal oriented directors in Lollywood (The goal is that families must not go to cinemas). They are busy in making movies on Gujjars. As if we have a shortage of Gujjars in the market. They on the other hand do not copy the whole idea,script and concept of their Indian counterparts. They are just fine in imitating the glamor part and present it in a more appealing,or should I say,gross way.

So no doubt we are and will be driving towards being a news-driven nation. The only industry that been able to deliver the quality to the standard is Pakistani music industry and we have definitely done quite well with regards to music that even we have exported music to Bollywood. In fact Bollywood music industry actually relies on Pakistani Artists. Other than music we do not have enough entertainment stuff, so we satisfy our appetite by turning to news channels, Hollywood, Bollywood, President Zardari and of course Po*n sites!!

The author of this post is a musician himself and have played lead guitars for an Underground Band. He is also a student of Cost and Management Accounting and has been studying in Sri Lanka for quite some time. You can write directly to him on mujtaba [at] pakium.pk or Follow Mujataba on Twitter 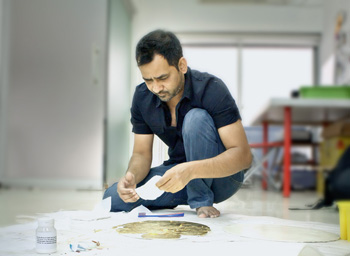 Imran Qureshi won Artist of the Year 2013 Award in Berlin 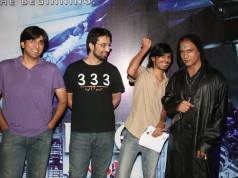 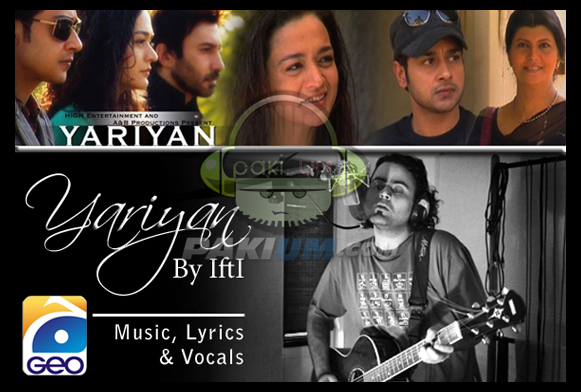