Omer Farooq was born in Doha,Qatar in 1985.He  studied there in bright future Pakistani school till 7 and came back to Pakistan in 2000 and studied in city school.Completed A Levels from there and then Joined BBA(HOS) in multimedia from Iqra University.

During his time in university,he used to play guitar and kept writing his songs.After completing BBA he Started his own studio named mashal in lahore which offer Audio Recordings and Video Productions.

He directed many videos as well such as Rythmx-Sham Dhallay and Geet by Umar Jamshed and his own video Tanhai was shot in northern areas.He formed his own band called Rooh Which disbanded after sometime due to some reasons.Now he’s going solo with his heart touching compostions.

You can download all these compositions FREE from HERE

Also Watch out his own debut video Tanhai : 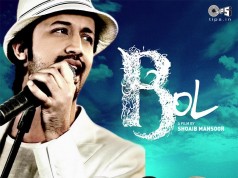 The Sketches Band to distribute FREE GIVEAWAYS to its Fans