Ali Zafar gave his fans a sneak peek of the film script he received that revealed the official film title, TEEFA IN TOUBLE with a note signed off by director Ahsan Rahim which urged Zafar to “Kindly start training” for what promises to be an action packed role with comedy.

The romantic action-comedy is being directed by Ahsan Rahim and produced by Lightingale Productions. Critically acclaimed for his ground-breaking work across music videos and for defining a new style for advertising with his commercials, TEEFA IN TROUBLE is Rahim’s cinematic directorial debut for which he announced having cast Pakistan’s heartthrob Ali Zafar late last year. 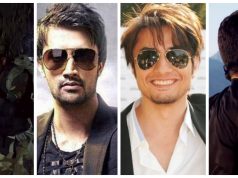