The immensely anticipated music video for French pop-star Abbas Hasan’s latest single Sweet Girl is out and delivers on its promise of glamour. From the skyscrapers of Europe to elegant red carpets, the video boasts of some lavish locations. Abbas and his co-star Armeena Rana Khan have been styled by international stylist Prangsta, both looking chic.

Helmed by esteemed Persian video director Amir Taherian, Sweet Girl begins with Armeena Rana Khan seeing Abbas on-screen with another girl (cameo appearance by Humaima Malick from a scene of Away’s video). Thus starts a dark journey of obsession and black magic, in which Armeena plays a double-role, both trying to seduce Abbas.

In true Abbas style, Sweet Girl is in Urdu-English and starts out with some vocals in French. It has been produced with Rishi Rich’s protégé Naamless, and the highly enjoyable pop song has some hints of Arabic music in it. The official radio partner in Pakistan for this release is FM91.

Speaking about the video of Sweet Girl, Abbas says “It was so much fun filming Sweet Girl with Armeena. We’ve known each other well through modeling, and I knew Armeena would be perfect at playing the innocent angel as well as the dark any mysterious vampish beauty.”
After a major coup in signing a deal with the Pan-Asian Film and Music Awards academy (PAIFMA) and being recognised as one of the top Asian artists in the UK, Abbas Hasan has had quite a month. He signed as the new face for international fashion brand Mastrioni’s latest campaign and now we get to see Sweet Girl release across the world!

Named “the next big thing” by MTV India and HELLO! Magazine, Abbas Hasan is best known as the French heartthrob of the Asian music scene. Winner of this year’s prestigious “ARTIST OF THE YEAR” award in Canada, and named one of the Top 10 Asian artists to watch by the Canadian Broadcasting Corporation (CBC), Abbas Hasan is already making waves across continents.

From singing for the Mickey Mouse Club to being photographed at Elton John’s parties, the French pop sensation Abbas Hasan has already had quite a journey in the music world.

Born in Canada and raised in Paris, France, the young star has been causing a stir across the international stage and is also the brand ambassador for the New York based luxury watch and lifestyle company Nooka. After performing at Priyanka Chopra’s bollywood film premiere in London and doing an advert with Shahrukh Khan, Abbas Hasan caught the attention of the Times of India group. He was selected as the only international artist to perform at the Times of India Film Awards (TOIFA’s) in Vancouver, which was the largest Bollywood film awards show in history. Subsequently the multilingual star toured across

Europe alongside Bollywood songstress Shreya Ghoshal, and his recent video “Away” starring Humaima Malick received international acclaim through press from India to Canada.

The song is produced by his mentor Rishi Rich, best known for his work with artists including Jay Sean and Britney Spears.

Abbas is already rumoured to be working on further Bollywood related projects, after starring in a previous Indian film with a Filmfare award-winning director. After multiple chart-topping singles, a film career in the works and an ever growing global fan following, the press are already hailing Abbas Hasan as the next big thing, to which Abbas replies “it’s flattering and I think every artist has their own soul and their own journey. For me it’s all about creating art and taking on projects that inspire me.” 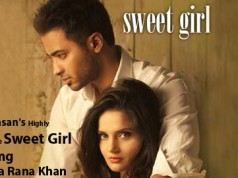 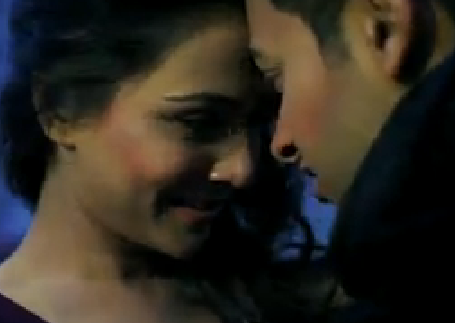