The Red Carpet and Exclusive media premiere of much awaited Pakistani film ‘Good Morning Karachi’ (formerly known as Rafina) took place in Cinepax Cinemas at Ocean Towers on the eve of 28th December. At the star studded event many popular faces from fashion, film and entertainment world were spotted, who came there to promote/support the film. Celebrities that made up to the red carpet include Humayun Saeed, Imran Abbas Naqvi, Tapu Javeri, Sanam Saeed, Junaid Khan, Wardha Saleem and etc.

Good Morning Karachi is a film about a lower middle class girl Rafina (Aamna Ilyas) who dreams and wishes to become a supermodel getting inspired from the fashion billboards all across the city but what lie between her and dreams is the conservative society, her mother (Saba Hameed) and Fiancee (Yasir Aqueel) who plays a role of a political party worker.

The film is a slow story about how Rafina tries to make her name into elite, sophomore fashion world full of glitz battling with her personal family; ending up to her dream at a cost of her simple life. The film has been produced and shot at various locations in Karachi, primarily Saddar in a documentary style. It has no original soundtracks & background scores and only features a couple of songs by Zeb and Haniya. The film has been directed by Sabiha Sumar and is based on novella by prominent writer/author, Shandana Minhas.

Watch Below the trailer of the movie: 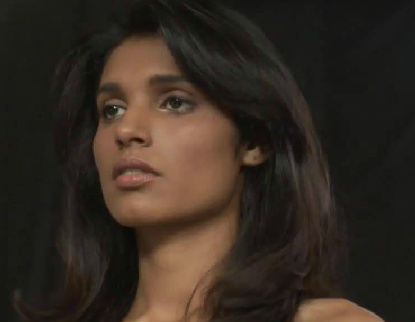