2013 represented another year of remarkable music in Pakistan, and still no music industry. Despite the ban on Youtube, underground musicians of all shapes and sizes continued to proliferate on the internet, but many don’t seem to have much further to aspire to. All the money being spent on music in Pakistan is going towards commercials and drama soundtracks, as well as 1000 different sponsored shows.

The listeners at Pakium.com though made it quite clear that what the mainstream had to offer wasn’t filling their appetites. Out of the top 20 pages most visited on the website in 2013, none of them included songs from the various corporate shows, while only Pakistani Idol’s first episode broke the ranks.

In the top 10, only three pages – Falak Shabbir’s Saajna at #2, Waar’s Movie songs at #5 and the Mathira/Mahnoor item number from Main Hoon Shahid Afridi at #9 – belonged to the soundtracks. However, there were at least 22 entries on the list for songs related to Official Soundtracks, which means that getting your song on a film and TV has now become the best way to get your music out there.

Focusing on just the top hits, and it is clear that 2013 was the year of Young Stunners. Four different songs by the Karachi based rap dup finished in the top 6, with the iconic Burger-e-Karachi taking top spot for the year. Unfortunately, the duo had already broken up by the time the year ended, and both rappers have embarked on solo careers. It is a situation which has been repeated 674 million times before in Pakistani music, with a promising band splitting ways just when it seemed to be getting on top.

Song #4, Fire in the Hole, was the only song (as far as I am aware) to come out after the band broke up, and in my opinion only made it so high up because of the loyalty of the duo’s fans. However, Maila Majnu and Burger-e-Karachi, as well as Laam se Chaurha to a certain extent, are all songs which will go down in underground history. Combining a host of pop culture references and witty smackdowns, Young Stunners managed to capture a slice of Pakistani, and specifically Karachi, culture. When you have kids and want to tell them about life “back in the day”, you would do little worse than making them listen to these songs. What also made the Young Stunners so irresistible was the ease with which they managed to take down both Burgers and Mailas. I can’t think of many artists who have existed within both worlds so easily, and perhaps it helps that they lived in PECHS – the exact middle point between bridge ke iss paar mummy-daddies and bridge ke us paar luchhar lafangay. All the tracks put out by the two guys after the break up have not been particularly enticing, but lets hope they find new inspiration soon.

If one is to look at the whole top 100, no one has had an impact as powerful this year as Atif Aslam. A Facebook poll by Pakium had his Coke Studio song, Channa, as the song of the year, and pages related to him show up 17 times in the top 100. This includes several gossip and photos related pages, but by and large these are all songs. What makes it interesting is that Atif didn’t have an album out this year (again, as far as I’m aware) but his work on a variety of soundtracks have all been big hits. Personally, I enjoyed the songs he did with Peter Gabriel for the Reluctant Fundamentalist soundtrack the most, but there are several tracks here worth checking out from him.

Although it came too late in the year for its impact to be measured, the show still retained its attraction, evidenced by the fact that the greatest spikes in traffic on the website occurred around the time it was launched, but with more shows coming out Coke Studio is becoming more of a niche enjoyment. There is a feeling that Rohail Hyatt’s iconic show will not retain its crown as the most popular music show.

Many people have been clamouring that Nescafe Basement will be the program replacing it. The show had a much better second season, but none of its songs made it into the top 100, which isn’t too bad considering how new it is. However, in my opinion NB will not be the show taking the top spot. That crown will almost definitely belong to Pakistan Idol in 2014, as its mix of reality TV, controversial judges and a truly national scope make it ideal for generating a lot of hype. I hope that the quality of music will also be good, although I highly doubt that will be the case.

Other notable entrants on the list are Sajjad Ali and Bilal Saeed. For Sajjad, only Har Zulm was in the top 50, coming in at #12 while three other songs came in at 81, 97 and 99 respectively. Bilal Saeed had five entries on the list, the highest of which was the page for his full album coming in at 30. That is quite an achievement, and it seems to be the most popular album overall amongst Pakium readers.

On a side note, the first big hit of 2014 was Mathira’s Jhoota, which clocked over 11,000 hits in just one day! To put that into context, the video got enough hits in 24 hours to have come in at #40 on the 2013 list. At this rate, it would only take 5 days for the song to beat the number of hits Burger-e-Karachi got to come in at #1 last year, though I think it would lose steam within a week.

What was a bit disappointing to see in the top 100 was that outside of Young Stunners, very few independent, unsigned, non sponsored acts made it on the popularity charts. Of course, looking at the number of page hits does not equal critical quality, but we all should try to make more of an effort to share and support acts which aren’t big time stars, or related to movies and TV shows.

Also disappointing to see was the lack of appearances by Quratulain Baluoch, one of the stars of 2012 who showed up on the list only twice, with the highest ranked page being pictures of her accident.

But for me, the song that won the year was Taher Shah’s Eye 2 Eye. It was the first time a Pakistani song went viral on a global level, and while it did little to nothing for how Pakistani music was perceived, it was delightful to see something so random and bizarre make it to the global consciousness. Let’s hope the coming year continues to offer such oddities, and that next year we have another unknown band storming the top positions. 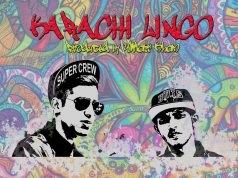