Baraf Paani is back with their second music video titled ‘Charlie’ starring the very talented Mr. Khalid Malik. The music video is directed by Mr. Musti Mohsin along with Mr. Danish ‘the man with the plan’ Hasan. All post production, animation and editing done by our very own Mr. Wasiq ‘im a cool bassist’ Haris 🙂 We hope you have as much fun watching the video, as we did while making it. So don’t be lazy like charlie, share it and spread the love! Makeup by: Hira Daar and on hand superduper technical support by Faisal Fiesto and Abdullah Khan supported by ‘faltoo photographer’ Mr. Daniyal Wasti. 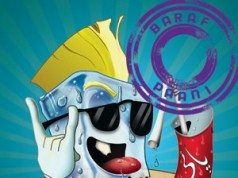