Coke Studio House Band grad Zoe Viccaji steps to the forefront this Season – a step that she feels took the necessary time that an artist does in understanding his or her own craft. Music being an integral part of her personality since the age of 15, Zoe began with her first band named ‘Ganda Bandas’ when she was 17 following which she experimented with different bands and acted in the musicals ‘Mamma Mia’ and ‘Chicago’ in Pakistan. While Painting is this artist’s major, Zoe maintains that Singing is where her heart feels most at home. While studying Art in New York and later at the Glasgow School of Art, Zoe still focused on the musical side to her personality and wrote songs in between. Now based in Karachi, Zoe has set up her own home studio where she records her own music and collaborates with various producers.

Zoe has been featured on Coke Studio as a Backing Vocalist for 3 seasons now an experience that has equipped her with an understanding of Eastern Classical styles and traditional folk that this region represents. The exposure to the diversity of sounds led Zoe and her fellow backup vocalist and sister Rachel to train formally in the Eastern tradition of music. Zoe’s work has primarily been Western inspires with songs mostly been in English however through her experience in Pakistan, she has now shifted her focus to Urdu and producing material that meets Eastern sensibilities.

‘Being a part of the Coke Studio House Band has had an influence on my musical interests. I returned to Pakistan from abroad in 2008 and up until that point, I didn’t really listen to Eastern music. Being a part of Coke Studio opened up an entire arena for me where they were exploring all these Eastern Classical songs. At first I had no interest in it, my interest primarily lay in learning about the production side of things. However in all these years, inevitably the way I’d listen to music was affected and I started to feel rooted to our traditional music. I began to explore the music that came before me. I felt that I needed to also stay true to our sound when writing my own music. So now that influence remains to be seen in the work I’ll now be producing.’

Through a series of constant training, learning and experimenting, Zoe now finds herself in a place to deliver as a featured artist on this Season of Coke Studio. 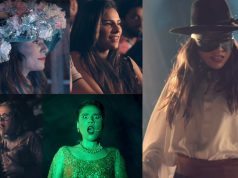 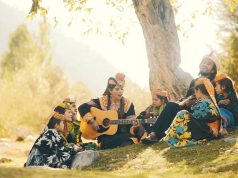