A name that’s taking the world of Pakistani Rock by storm, Umair Jaswal is a force to be reckoned with. The multi-award winning vocalist joins the Studio for a second time – following through with his performance last year with his band Qayaas alongside Atif Aslam in what has become the most successful song of Season 5; ‘Charkha Nolakha’.

Umair inherits his talent from what is an extremely gifted musical family. His brothers Yasir Jaswal and Uzair Jaswal are reputed for their skill as musicians with Uzair also being featured on Coke Studio Season 5 – Umair found himself as the front man for the award winning band that is Qayaas. In 2012 Umair was awarded Best Rock Vocalist in South Asia at IndieGo and Bronze Medal of Honor for Best Rock Vocalist at BMM Global Awards.

‘Going through last year’s experience with Charkha Nolakha, I’ve come to understand the sound of our soil. After that, I with Qayaas, have begun to discover new dimensions in the music we make. While our music is as heavy as it was, on the mellow side of it, we have started experimenting with folk tunes. And in this process we realized that this is not a formula that works, it’s really the sound of where we’re from and it needs to be promoted. For some reason, there is a power in traditional and Sufi music that attracts people and if it does have this power, this becomes the binding force that brings people together. We have discovered that connect and we all need that connect.’

This Season Umair goes solo demonstrating his abilities as both a vocalist and a songwriter. 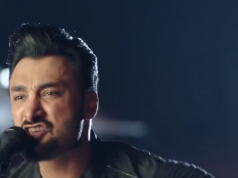 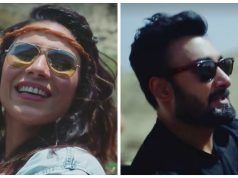