Singing since the age of 16; Komal Rizvi never ceases to enthrall her fans. After performing in the fourth season of Coke Studio, success for the bright singer was indeed inevitable. As of late, Komal Rizvi has plans to release her next album on the 28th of November with the title ‘Komal’. Currently, she is in India but plans to visit her native country soon to release a new song ‘Jhulay Lal’.

Her next album will feature eight songs and three singles.“We wanted the album to have a certain direction,” states Rizvi regarding her upcoming album. “The sound falls more in the Sufi-folk genre but it also has a bit of a filmy touch to it.” Komal Rizvi aims to experiment on the music which is of her liking. “At the end of the day, music is something which is very personal and I feel everyone has their own preferences,” says the talented singer.

“This will actually reflect in every song of my album and all I can say is that, it’s from the heart.” Komal Rizvi describes her next album as an opportunity for the fans to know her better as few of the songs will be exposing her individuality as she reveals, “It’s not necessarily serious music. Some of the songs are and some aren’t — they show different shades of me.” 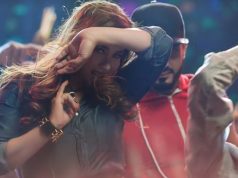 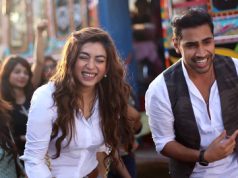