The latest rumor spreading like fire is that the King of Bollywood, Shahrukh Khan, will land his feet today in Karachi, Pakistan. Upon checking for authenticity of the news, we finally reached on to a conclusion!

Since today’s evening, an image article by Bombay Times is making rounds on the social networking sites like Facebook and Twitter. The image has the headline, “The great SRK to land his feet in Karachi” and a whole article, accompanying with an image of SRK, is placed under that. Here’s an excerpt of the alleged news article:

“Mumbai: For those who don’t know, our very own Badshah of Bollywood has his ancestral base in Peshawar, Pakistan. And for all obvious reasons, Pathan has a soft corner for the country and its people. On being asked, if he would ever oblige his Pakistani fans by meeting them in person, SRK had said, “One of these days, I will come to Pakistan. I will come to Pakistan when work takes me there”. “

that was just an intro based on what actually he had said in past in an interview with Dawn. The news came in the last paragraph:

“And that day has come; SRK will be coming to Karachi on 22 Sep` 2012 on his private jet. The time of arrival is not yet confirmed for security reasons.”

After reading this, one jumps into his seat and start calling some media friends to know where actually he is landing, If its really true or just a rumor. Eventually, the story spreads like fire but hardly anyone goes to verify its authenticity.

So now the question remains, Is Shahrukh Khan coming to Pakistan or not ?

Lets analyze the image first. Search for the “News Headline” in Google; comes no result, may be Bombay Times have no online version. Lets look for “Bombay Times”, yeah ! Its a renown name that comes under the umbrella of Times Of India (TOI) . Click here to go to the Bombay Times page and look for most recent stories. NO SUCH STORY there.

Now Look at the photo of Nargis Fakhri at the top right side of the image; “Nargis’s missed meeting with Kanye West”. Look for the news in Google and time stamp comes of 24 Jan 2012 i.e published almost 8 months ago. This very much confirms that the alleged image is not an actual screenshot or photo of Bombay Times page and the news page is edited by some moron and newbie graphics designer.

Please stop spreading the fake news and tipping us with unauthentic stories. Thanks. 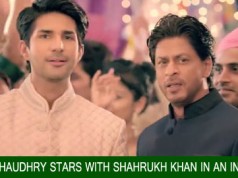