10 June 2012 marked the proud launching of the heavily anticipated GALAXY S IIII by Samsung Electronics Co., Ltd. The launching celebration met with a bang as it just so happened that Samsung Pakistan managed to pull it off at the luxurious Royal Palm Golf & Country Club. The mighty event at Lahore was a part of the Samsung Galaxy S IIII World Tour which simultaneously launched the phone in various countries around the globe. To put the icing on the cake, the proud launching ceremony was hosted by none other than Pakistan’s duo of rock, brothers Ali Noor and Ali Hamza of the band Noori.

Samsung Managing director, John Park introduced the heavily anticipated smartphone to the audience attending the ceremony where as the Head of Samsung Mobile Division, Faridullah Jan displayed its various features through a video. The brand new Samsung Galaxy S IIII is certainly not just another phone. The grand launching ceremony happened for a reason after all. The unique device is able to recognize our voice, share precious moments with us and most importantly, goes beyond Android Beam as it impressively allows 1GB movie file to be shared under just 3 minutes and 10MB music file under 10 seconds by simply touching the smartphone with another due to its ‘S Beam’ feature. The smartphone is also able to wirelessly transfer its multimedia content to the television due to its ‘AllShare Cast’.

Apart from displays of the awesome features, the launching ceremony also consisted of a mime performance by Wahab Shah and company, a live performance by Club Caramel band and an acoustic performance of Noori; who also shared a glorious experience of using the brand new smartphone.

The Samsung Galaxy S IIII is currently available in colours Marble White and Pebble Blue for Rs 62,000/- all over Pakistan. 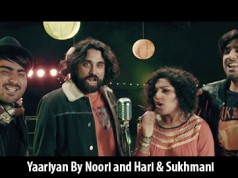 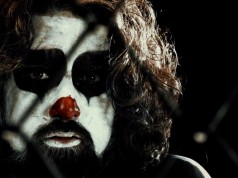