A vibrant Red Carpet hosted by Rehab Dawood, model from Dubai, and Hira Tareen was followed by the first segment of the BCW, opening with Mona Imran. Showcasing long, flowing silhouettes with diamontes her suits were colourful and heavily worked.  The jewellery for her segment was designed by Nadia Chotani. Next came Kosain Kazmi whose ensembles comprised ghararas, lenghas and farshis. Hijab followed with saris, fusion wear and churidars worn with worked kameez.

An entertainment segment choreographed by Papu Samrat with a new dancer Marium performing with a troupe, came in next and enthralled the audience. BNS Couture brought the first segment to an end with the label displaying attires for both males and females. The women’s attire boasted western styles as well as traditional wear while the sartorial wear comprised long shirts worn over lungis. The jewellery for this show was by Reem Abbasi.

The second segment of the day opened with the home-grown Mehdi displaying his ensembles in a dramatic way with Waseem Akram resplendent in a sherwani walking the ramp for him. His heavily worked bridal ensembles incorporated a variety of colours and fabrics. Iman Ali displaying his show-stopper, brought his showing to a resounding end.

Fia’s classical dance performance then entertained the audience. She was followed by Fahad Hussayn whose creative and lively ensembles for both males and females were also displayed in a dramatic way.  In between his showing, Quratulain Balouch surprised the audience with an appearance and rendition of a song.

But the greatest surprise of all, which left the entire hall mesmerized by his stunning performance was Hamad, who performed the tanura, an Egyptian Sufi-inspired dance which was witnessed for the first time by the vast majority in the audience. Marking the end of the show was Gulzeb whose collection ranged from trousseau wear to bridals. Adnan Siddiqui and Nazli wore her showstoppers, bringing the night to a delightful end.

The entire fashion segment was choreographed by Hassan Sheharyar of HSY fame while the make-up throughout the Week was by Sabs Salon. The event was sponsored by Pantene and organized by Style360 while Air Blue and Radio I FM 91 were partners.

Here are some pictures of Day 1 of Bridal Couture Week, Lahore: 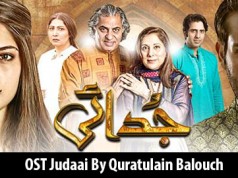 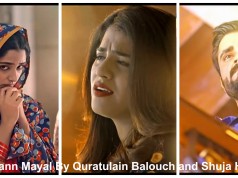 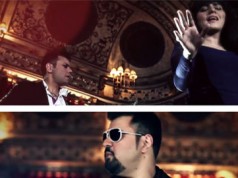 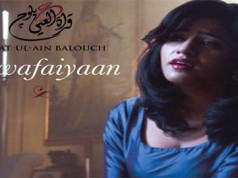