Zaib is a U.S. based band of Pakistani origin. The band is collaboration between an upcoming pop/alternative musician named Jahanzeb Khwaja and guitarist Farhan Hussain who also founded and played guitars for the famous Pakistani underground heavy metal band Nijaat in the 2002-2003 era.

After Nijaat’s split, Farhan moved to the United States due to the unstable socioeconomic conditions of Pakistan where he was approached by a fellow lahori named Jahanzeb Khwaja, an admirer of pop/alternative music. Approached by Jahanzeb for this project, Farhan agreed to contribute to this album as a guest guitar player and together they bring this first track “Na Ro Kabhi” which is a fine blend of pop/alternative and metal. 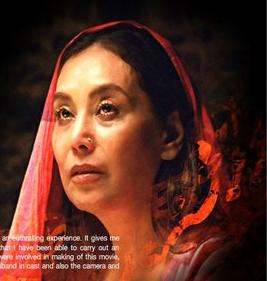 Zaib Rehman to feature in Wajahat Kazmi The Dusk