‘Bandeya’ fame female singer Faiza Mujahid has just released her debut music video today with new single called ‘Meri Zindagi’. But the video, instead of making buzz all over, is stirring up a new controversy.

Just before the actual release of the music video, we received a copyright notice from a record label named Lips  entertainment. The head of which, Doc. Rafat Siddiqi insisted and informed us:

Earlier, Faiza Mujahid’s PR Company had sent a Press Release to various online and print media publications, announcing the release of this upcoming music video/song. Some publications had even accommodated the PR content without having any prior information of this conflict.

In the copyright notice emailed to us, names of two more persons were mentioned to verify the content ownership . They were said to be the songwriter, composer and music producer named Kamran Yar Khan and Kashan Admani.

Further more in the notice, Lips entertainment requested us to NOT TO play the video or the song on our website and Facebook pages. The email reads:

You are requested to immediately advise not to play this song and video on your website & related websites as this song has been illegally passed by the singer Faiza Mujahid without the consent and knowledge of  LIPS Entertainment. All such airing/downloads is a violation of enforcable copyrights and is illegal. All copyrights attached to this song including broadcasting rights rest with Lips Entertainment.

Lips entertainment also offered to show us the legal documents on request. Which, when we asked the Company to produce, replied with:

All documents will be shared with you very soon.

But we haven’t yet received any such documents.

The video on the other has released on given time and Faiza is getting support from the facebook fan pages of fellow musicians and brands. The video has been shared by SYMT, Syed Farhad humayun, Pakistan Music Idol and by a couple of more pages. We won’t be able to release music video/song here due to the alleged content and claim over content by Lips Entertainment.

I just gave a try to the music video and song and it wasn’t lasted for just one view. It features an all-girl band wearing punk dresses and performing in an open air area. Other than Faiza, the female guitarist looks hot but not really comfortable with her guitar. The drummer on the other side knows how to —- the drum but she looks more like a young guy to me . The song and the music video just kicks one’s a$$, its just the celebrity in question who need to work-out on her own… (yeah you got that smarty!)

Another thing I am wondering about is, If Lips Entertainment had ever owned this content and heard the track carefully, they could easily hear Faiza saying:

so now she has just challenged the company’s authority by releasing a music video with a controversial release. To say the least about the song, I believe Faiza is NOT A ONE-HIT-WONDER. 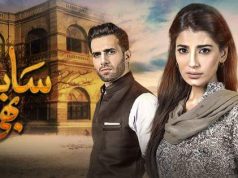 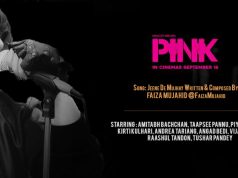 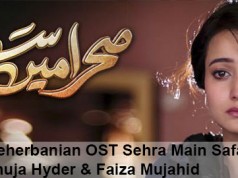 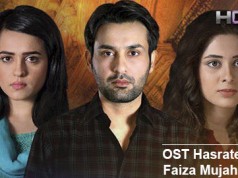 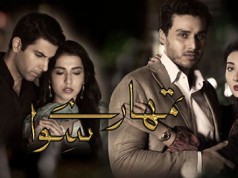 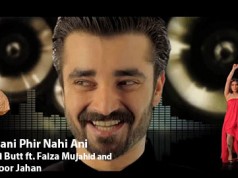