Rahat Fateh Ali Khan who had been detained in India for keeping undeclared money, was released later and given back his passport. But Pakistani Singer was instructed to remain in India till 24 feb and appear after Tax officials for answering further questions. This was one satisfactory news for his fans and followers world wide. But Rahat’s problems were not ended here , but just started.

As revealed last night by Pakistan’s popular investigative journalist and Anchor Kamran Khan in his prime time show –Aaj Kamran Khan Kay Saath. Rahat Fateh Ali Khan, who is a popular singer and also a Millionaire who earns Crores of Rupees in Pakistan only with his shows and performances, doesn’t give a single penny to Pakistani State in terms of Tax.

The program host further exposed that Rahat Fateh Ali Khan charges upto Rs. 2.5M (2,500,000) for a mere performance of few hours. But, he was never charged with Tax on his income. This shocking revelation opens a hot debate in Pakistan about the tax collection system and the silent role of Tax authorities in generating tax revenue. This will also pop-up a new window to get accountable all the musicians who are earning some big money, but not paying the tax accordingly. Some other musicians who may also get accountable are Abida Perveen, Atif Aslam and Ali Zafar who also charge quite handsome money for a few hours performance.

Well, it seems like Rahat’s popularity and his ever increasing bank balance is now under a serious threat and chances are that Pakistani authorities will now make him ‘Balli ka bakra’ in this case. Whatsoever the case may be, Justice must prevail and these big fishes should be accountable under Tax Authorities. Being a musician, one do not get the right to be exempted from paying Tax, or do they?

What do you think ? 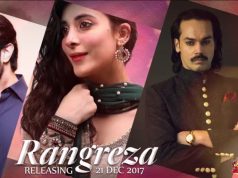