Maalik, which was released on April 8 nationwide, finally released online after facing the ban

Dhuwan famed Ashir Azeem, the film’s director, had also challenged the ban in court saying the ban on Maalik had been imposed by the government without having the authority to do.

Maalik is written, directed by Ashir Azeem and spreads over a quarter of a century across two countries.

Maalik is about ownership. The Tag line of the film is

“میں پاکستان کا شھری پاکستان کا مالک ھوں” Maalik invites the viewer to take responsibility for their own life and the lives of their loved ones.

The story of Maalik has four principal tracks. A family that escapes from the ravages of the Soviet war in Afghanistan and its fall out on the bordering villages of Pakistan to settle in Karachi. A SSG officer who undergoes a personal tragedy and starts a private security company (Black Ops Pvt. Ltd) in Karachi. His SSG colleagues keep joining the company on their retirements. An idealist school master who suffers greatly under a cruel Feudal lord and settles in Karachi and finally the Feudal Lord who becomes the Chief Minister and unleashes a reign of terror on all that cross his path. 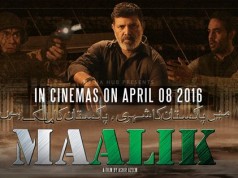 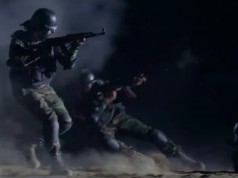