After an immensely successful 2015, Humayun Saeed’s production house Six Sigma Plus has surpassed last year’s achievements with their recent television productions. Gul-e-Rana, Dillagi and Guzaarish have emerged as the biggest hits of the first quarter of 2016 with not just the highest ratings but also unanimous critical acclaim. These serials have served as a breath of fresh air by providing entertaining stories which explore relationships with a new outlook.

Gul-e-Rana, starring Feroze Khan and Sajjal Ali, premiered on HUM TV in November’15. Based on Samra Bukhari’s novel Hasti Ke Ahang and directed by Farooq Rind, the serial has secured the top slot of HUM TV for Saturdays, and also gone on to break the record of highest TRPs with a rating of 7.2. Interestingly, this record was previously held by Chup Raho, which was also a Six Sigma Plus production.

Guzaarish, which has been airing on ARY Digital, stars Javed Sheikh, Saba Hamid, Yumna Zaidi, Ahmed Ali, Sara Ashraf and Ali Khan. The serial has been written Sanam Mehdi and directed by Owais Khan. Guzaarish is currently one of the highest rated serials being aired on ARY Digital.

Six Sigma Plus’ latest television production Dillagi started generating a lot of interest way before the serial went on-air. The re-union of Jawani Phir Nahin Ani’s team members; director Nadeem Baig, and lead pair Humayun Saeed and Mehwish Hayat created a lot of pre-hype, and the promos added further to the anticipation. The serial more than lived up to its expectations with its first episode itself. The gripping storyline, impactful dialogues, breathtaking locations and the impeccable performances had the critics predicting it to be the “serial of the year”.

Humayun established Six Sigma Plus in 2010 with his business partner Shahzad Nasib. Since its inception, the company has released several highly acclaimed serials such as Chup Raho, Pyaare Afzal, Aitraz, Kabhi Kabhi, Marasim, Qismaat and Jackson Heights. The talented team of Six Sigma Plus also includes Nadeem Baig – one of Pakistan’s leading directors – and renowned writer Khalil-ur-Rehman Qamar. The inspiration to start his own production house came to Humayun in the beginning of his career, when he keenly observed all aspects of production while acting and felt that there is a need for out television industry to expand its horizons which would be possible through private productions. Humayun’s family has also been involved in the production business for several years now. His wife Samina Humayun Saeed, after working as a co-producer with Humayun, released her first independent production Sadqay Tumhaarey in 2014. Their family member Sana Shahnawaz also made her television production debut with Mann Mayal this year.

“Over the past 6 years, we at Six Sigma Plus have proudly put together a team of exceptional directors and writers. We have been lucky that our earlier productions did well, which put us in a position to freely try out new stories without worrying about the financial outcome. I always felt that our audience needs fresh content to keep them engaged, which is why none of our productions are similar to each other. Gul-e-Rana, Guzaarish and Dillagi’s success has proved that the audience is willing to accept new concepts if well made. Similarly, I am extremely happy to see my wife Samina and Sana’s productions Mann Mayal and Ishq-e-Benaam doing so well as we are all passionate about doing quality work and taking our local industry to new heights.”, states Humayun. 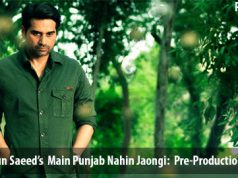 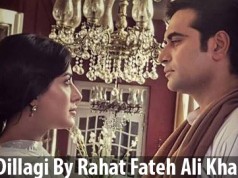 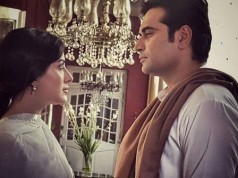