Abdullah Aslam is an 18 years old EDM (Electronic Dance Music) producer from Lahore. He started producing music in 2014, and uploaded his first track ‘SHIFTED’ on Soundcloud. Because of the great feedback and motivation of audience made him to work more hard on his passion. He uploaded other tracks after few months and went to Malaysia in 2015 for studies. He stated DJing there in the free time, played for private parties and then went to next level.

He stood number 1 on the Reverbnation Chart for EDM in Kuala Lumpur. After the huge success, He did a collaboration track with a talented music producer from Peshawar, Mohad Kamran and they came up with this track ‘Pasha’. They uploaded the track somewhere in between September and October, 2015.

This track is another huge success, He got a contract offer from a label record ‘Rebel.Digital’. The company is situated in Zimbawe and Mohad Kamran and Abdullah Aslam signed the contract for their track ‘Pasha’. The company released their track a month ago, The track is getting more fame and love day by day! Now, He’s currently maintaining the number 1 position on Reverbnation Chart for EDM in Lahore. Now He would love to sign contracts with the record labels situated in Pakistan. 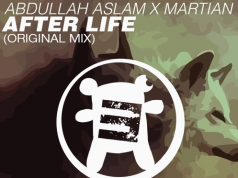