Featuring Sanam Saeed, Mohib Mirza and Adeel Hashmi, BACHAANA is set to release on 26th February 2016 across Pakistan in collaboration with HUM Films with Eveready Pictures as the official distributors and public relations by Lotus PR.

Released as a part of special behind-the-scenes videos featuring exclusive and candid footage from the filming of BACHAANA, the second BTS video release features Mohib Mirza who plays the role of Vicky, a Pakistani taxi driver in Mauritius. In this video, Mohib Mirza shares his BACHAANA experience, training and rehearsals for his character in the movie, working with director Nasir Khan and more. 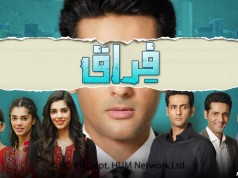