The Journey Within By Mian Adnan Ahmad

The ‘Coke Studio’ Origin Story:
In a post 9/11 Pakistan faced with challenges of war and conflict, a quest for self-identity leads the inspirational journey of a music show to help reclaim the rich and vast musical heritage of this region. In doing so it has become one of the biggest music initiatives from this side of the world, bringing together unique cultural experiences and genres, including but not limited to folk, sufi, rock, pop and rap music. We discover the show from its humble beginnings, living through its spirit to reach the heart of the experience, as artists unify eastern and western sounds to make music that will resonate across the globe; impacting all involved and planting the seeds for an ongoing inward reflection towards who we are as individuals and as a people. 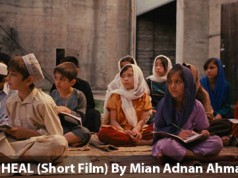