A one-of-its-kind movie for Pakistani cinema, Bin Roye, is a Momina Duraid film, the maker of the international blockbuster drama serial Humsafar that was Mahira Khan’s and Fawad Khan’s claim to fame in Pakistan, India and around the globe.

The international success of Humsafar got both the Khans leading roles in Bollywood films (Shahrukh Khan’s Raees and Disney’s Khubsoorat).

The makers of Humsafar now bring to their loving audiences “Bin Roye” a love story of its kind, that is sure to exceed their expectations with its engaging script, picture-perfect direction, immaculate production, star-studded cast and music that has some of the biggest names of the subcontinent.

Ishan Saxena, CEO, B4U said: “We are delighted to collaborate with HUM Network on their film project ‘Bin Roye’ as International distributors”.

“HUM TV is at the forefront of producing high-octane cinema and soaps that caters to the Pakistani community. As a business, we are always looking at connecting different Asian communities to their regional cinema. With our strong international foothold we hope to give ‘Bin Roye’ a wide release in the key International markets”, he added.

Duraid Qureshi, CEO of HUM Network said: “Hum Network is constantly thriving at taking Pakistani entertainment to new heights. B4U is one of the most credible international distributors for Asian films, and we are thrilled that through this collaboration ‘Bin Roye’ will reach to audiences worldwide”. 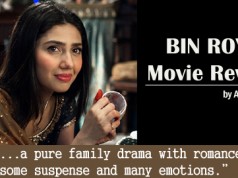 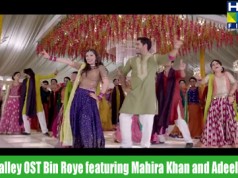 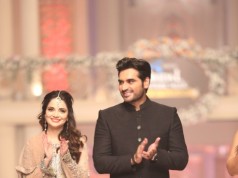 Humayun Saeed Walks the Ramp After 15 Years for Bin Roye