After the thriller movies like Waar, Namaloom Afraad and Jalaibee, we now have a ‘feel good’ movie ‘Ho Mann Jahaan,’ (HMJ) to release on this Eid ul Azha. To reveal the musical teaser and cast of his debut movie, the veteran director Asim Raza invited the media on film set here in Karachi.

The happening teaser, which featured all three leading stars – Mahira Khan, Shehreyar Munawar and Adeel Hussain – stunned the media persons and bloggers, present at the event.

According to the director and co-producer of movie, Asim Raza, the shooting has almost been finished and the film is expected to release on Eidul Azha.

HMJ follows the story of three college friends who are passionate about their music. They have a musical band in which Mahira plays the vocalist, Adeel Hussain plays the drummer and Shehryar Munawar plays the guitarist. Besides them, the movie also features Noor Jahan’s grand daughter Sonia Jahan and veteran actors Bushra Ansari, Arshad Mehmood, Nimra Bucha and Jamal Shah.

Shehreyar Munawar, who is also a co-producer of the movie plays Guitarist as Arhaan. He is a headstrong young man from a lower middle-class family. His father a retired civil servant, who wants him to get a degree in business administration. Talking to the media after they were shown the trailor, he told that, “What you have seen in the trailer is not a fraction of what’s in the film obviously. We were really careful not to give away any part of the story. I am really excited and can’t wait for the film to release.”

Mahira Khan, who is all set to make her Bollywood debut with Shahrukh Khan in an upcoming movie Raees, plays Vocalists as Manizeh. She has been brought up by single parent. Nimra Bucha plays her mother. “Its great industry but I believe I should also be part of our own,” Mahira answered a question regarding her Bollywood venture. “Even if the role was not a leading one, I couldn’t have said no to Asim,” she added.

Adeel Hussain, who plays Drummer as Nadir, is a more temperate fellow, a dutiful son to upper-class parents who have great expectations from their only child, none of which involve music. Sharing his experience of shooting with Mahira, Shehreyar, and director Asim Raza, he told that, “the experience of working with Mahira and Sheheryar was wonderful. We were in very good hands.”

Since HMJ is a musical film, as told by the director, the finest musicians from country are considered for it. They include big names like Atif Aslam, Zeb Bangash, Fakhir Mehmood, Tina Sani, Gumby, Abu Mohammad, Farid Ayaz, Israr and Jimmy Khan.

Mahira’s outfits are done by Feeha Jamshed while Ismail Fariq and Umar Sayeed have worked for male wardrobes.

The pre-release meet the press event was hosted by an ideal choice, Khalid Malik at Frere Hall, Karachi.

Watch out below some exclusive photos from the Press event: 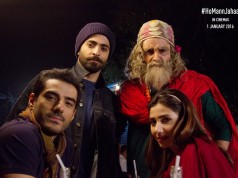 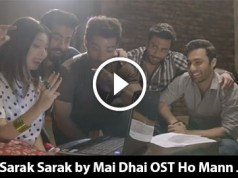 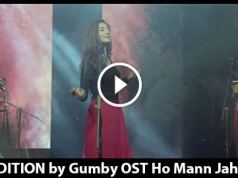 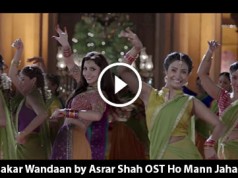 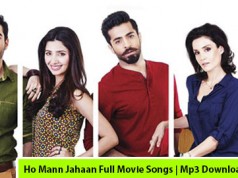 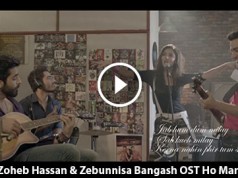