After making her film debut with Pakistani blockbuster Bol, the stunning Mahira Khan is all set to star with Sheheryar Munawar and Adeel Hussain in an upcoming Pakistani movie “Ho Mann Jahaan.” The movie is produced by the leading actor Sheheryar Munawar himself and directed by the maestro film maker and music director Asim Raza. The music is done by Atif Aslam and Zeb Bangash. Other cast also includes the lovely Sonya Jehan, Bushra Ansari, Nimra Bucha, Arshad Mehmood, Munawar Siddiqui and verteran actor Jamal Shah while Fawad Khan and Hamza Ali Abbasi are doing the cameos.

The screenplay is written by Rashna Abidi, Imtisal Abbasi and Asim Raza while the dialogues are done by Yasir Hussain and Asim Raza.

With star studded cast and the maestro video director Asim Raza, the movie is expected to be another blockbuster of Pakistani cinema. With half of the shooting already being done, Ho Mann Jahaan is expected to release on Eid.

Watch behind the scene video of Ho Mann Jahaan shooting  below;

Also Watch the wallpapers and behind the scene pictures of the movie; 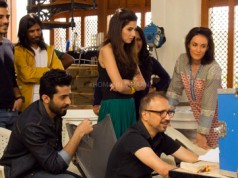 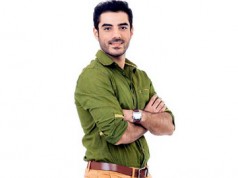 Getting To Know Adeel Hussain