Pakistani Rock Band Aag, which had been disbanded after one of its members had left, has returned to the music scene with a live band line up.

The new line up for live gigs will be comprising of the following members:

Sharing his views about the band’s reformation, the founder and lead vocalist of the band Haroon Sheikh said:

“I’m very excited about being able to find the right people for AAG’s new line-up. We’ve been jamming together, going over the parts on the released and unreleased songs, including Khalish and Yaar Dadhi Ishq Aatish, and its working out perfectly so far. Can’t wait to get out there and play for the fans.”

In case you are wondering who are the new members of the band, below is their story:

“I started playing guitar at age 10 or 11 when my uncle gave me a nylon guitar and taught me how to play El Condor Pasa by Simon and Garfunkel.

Since then, I’ve aurally ingested a wide plethora of music, finding my home in all sorts of progressive music. Bands such as Soen, Animals as Leaders, Exivious, Textures, Opeth and Karnivool have all been a huge part of my life. I’ve always found my ear drawn to players going completely against the grain. I also really dig tight, aggressive music and AAG does that really well and it excites me to be able to play all these amazing songs live with Haroon for all the fans. Exceptional songwriting at its finest. These songs sound killer live.”

“It was October 2005 when I started playing the drums. Initially I would cover System of a Down and Iron Maiden, but after meeting the right group of people I became a part of several bands. Currently I’m pursuing my bachelors degree in mass communication from BNU Lahore. Most recently, I have been honored to be a part of AAG’s live line-up.”

The band is currently working on their third video for a song titled “khalish” which will be out any time soon. Also, an English number “Falling” is currently under process, the compositions of which are all done by Haroon Sheikh himself.

So stay tuned as the Aag has not been extinguished yet. 😉 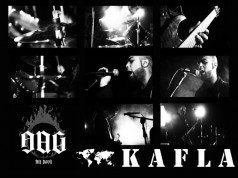 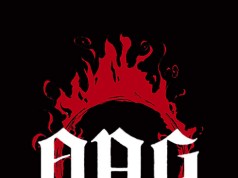