ManiK! is the solo project of Mani Khawaja, the lead vocalist of the band, Angry Ballerina. It was one of the first songs he had written when he had taught himself to play the guitar, but had been put on the back burner because of his commitments to Angry Ballerina 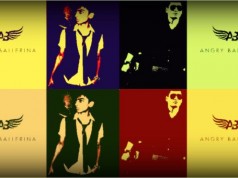