The feature film is set to release in Karachi at Atrium, Nueplex, Cineplex, Cinepax, Capri and Bambino; in Hyderabad at Cinemoosh; in Lahore at Super Cinema – Royal Palm & Vogue Towers, Sozo World, DHA, CineStar, Cine Gold, PAF Cantt and Cinepax; in Rawalpindi at Cinepax, Arena, Cinegold; in Islamabad at Centauras; in Gujranwala at Zinco Palace and Prince Cinepax; in Faisalabad at Taj Mahal and Nagina, Cinepax; in Multan at Rex and in Sialkot at Super Cinema. The film was recently exhibited at the internationally acclaimed TIFF, where tickets for the film’s three screenings sold out to packed audiences.

“DUKHTAR” highlights the issue of child marriage through the setup of a road-trip thriller that explores the intense drama of a mother’s frenzied search for a new life for her daughter with the help of ex-Mujahid truck driver played by award-winning actor Mohib Mirza. The film is set against the backdrop of the surreal landscapes and roads of Hunza, Skardu, Gilgit and Kallar Kahar all the way to the urbanscape of Lahore. The films boasts a star studded cast that includes Samyia Mumtaz, Mohib Mirza, Saleha Aref, Asif Khan, Ajab Gul, Adnan Shah (Tipu), Abdullah Jan, Samina Ahmed, Zeeshan Shafa and Omair Rana.

On the film’s release in Pakistan, Writer, director and producer of ‘DUKHTAR’, Afia Nathaniel said: “It was so amazing for us to see how well received the film was at Toronto. Audiences came to us after the screening telling us how the film touched them emotionally and took them onto a beautiful journey they will not forget. They had never experienced Pakistan in cinema on this scale and quality.”

The producer of ‘DUKHTAR’, Muhammad Khalid Ali said; “This is an incredibly proud and humbling moment for us all. After a long journey we finally have the opportunity to showcase the fruits of our labours to our friends, family and loved ones in Pakistan. We hope that Pakistanis will come and support the film and join us in appreciating the talent of our local cast and crew.” 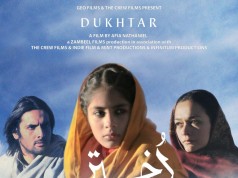 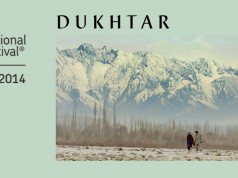 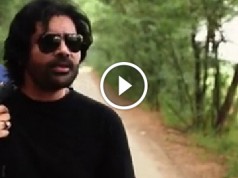 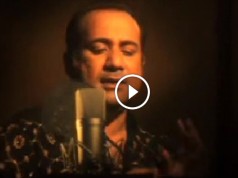 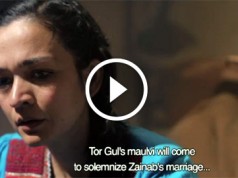