Humaima’s Bollywood debut Raja Natwarlal has already been released on 28th August. Initially Humaima was into dramas and has worked in Pakistani movie Bol too. About this contract, she said:

I have a three-film contract with Vidhu Vinod Chopra. The first film is yet to begin but I have already been signed up. I guess he is caught up with P.K. now.

Also, it was heard through some sources that UTV has refused the signing of three films with her. She said:

That’s not true, I’ve heard this before but honestly it’s all humbug. I have no issues with UTV or Emraan Hashmi. I was signed by UTV for only one film.

She was asked that there would be a lot of work now, so does she plan to move to India, on this Humaima quipped:

I think I have already moved to India for good. There was a time when I used to juggle between London, Dubai and Pakistan. Now, India has become second home.

When Humaima was asked about the unsuccessful career of Pakistani actresses like Veena Malik and Meera, she said:

It is quite an honor for a Pakistani actress to get three movies at a time. We hope that Humaima makes successful change for Pakistani artists in Bollywood. 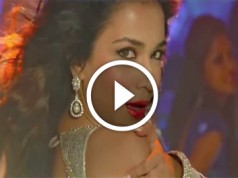 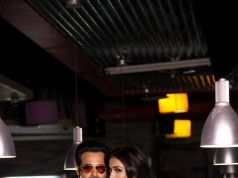 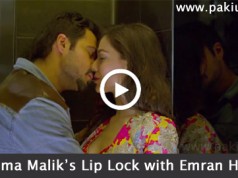