Famous Pakistani actress/host  Noor Bukhari will be hosting a Ramadan show this year on Channel 5.

Channel 5 has finally found a new face for their Ramadan special morning show T @ 5. Noor Bukhari is not new in this hosting field. She has hosted shows for several TV channels before including ‘Morning with Noor’ on popular channel Hum TV. The first ever TV show that she hosted was with ‘Muzna Ibrahim’ in 2007.

‘T @ 5’ will start from 1st Ramadan. The show will be on-aired 5 to 7 am daily. This would be Noor’s first collaboration with this TV channel. The channel is actually a project of Lahore’s second largest group of newspapers Khabrain Group. Channel 5 is not as old as other TV channels but having popular celebrities for their shows will definitely take its popularity to a new level.

Watch the promo below: 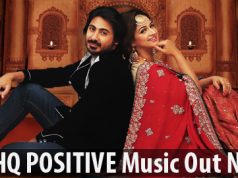