Karachi based pop-rock band Mirage, comprising of Saad Hayat, Rehan Nazim and Hasan Mahmud, who made their debut with the launch of their album ‘Aarzoo’ in 2011 to wide-spread acclaim, have now released their latest single/video ‘Zara Suniye Tou’, featuring London based female vocalist, Natasha Khan. Composed and written by Rehan Nazim, the lead vocalist for Mirage, the song speaks of how one forms perceptions about love in a long distance relationship and how these perceptions manifest into reality

Directed and produced at Karachi and London separately, the video sequences for Karachi were directed by Shahrukh Hayat with Arsalan Khan and Asad Faruqi of Sharmeen Obaid-Chinoy Films as the principal directors of photography. The London based sequences were directed by Radhwan. Both Shahrukh and Radhwan capture the love-struck conversation between Rehan Nazim and Natasha Khan with immense detail and realism. Styling for the video was done by Asad Abbas and editing by Wasim Malik of Posthouse.

Speaking about the release of their latest single, Saad, Rehan and Hasan have said, “We’re pretty excited about our brand new video ‘Zara Suniye Tou’. Working with Natasha Khan was a pleasure. Hopefully the audience too will be able to connect with the song the way we did. More than anything we’re excited to be back together again. Making music is what we do best and we have lots in store for our fans.”

The audio track was produced by Saad Hayat, both in London and in Karachi and features band members Hasan Mahmud on guitars and Saad himself on keyboard and guitars.

Mirage, regarded as one of the most talented emerging rock outfits from Pakistan, was formed by Saad Hayat, Hasan Mahmud and Rehan Nazim in 2003. With their unique sound and blend, unusual compositions and inspiring lyrics and a solid live act, the band quickly amassed a large following. Mirage’s debut video, ‘Aarzoo’, was released in February 2008 followed by their second video, ‘Jeewan‘, which was released in August 2008.  And in 2011, the band released their debut album ‘Aarzoo’ along with the band’s third music video, ‘Kyun Mujhse‘, in association with Fire Records.

Catch ‘Zara Suniye Tou’ across all radio networks, online and on all your favourite music channels across Pakistan. 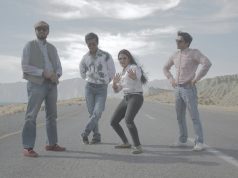 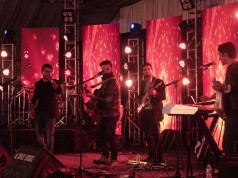 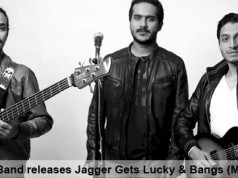