Abdullah Qureshi is one of the new kids on the block who has had quite a good fan following in recent months. His YouTube (please, a moment of silence for the bureaucratic nightmare the website is stuck in thanks to general incompetence) covers touched the hearts of thousands and have made him quite the internet star. He recently released his first original song “Tere Liye” and I suggest you check it out. I decided to interview him as part of (hopefully) a new series of interviews so that the reading public can get to know these artists.

When and how did you start in the field of music?
It all basically started when I formed a band with my school friends in 2008 under the name “Aghosh”. Later on I started uploading covers on YouTube as a solo artist.

What instruments do you play and the first tune you ever learned?
I started with the guitar, but now I have a pretty clear idea about the keyboard and I play some percussion as well. As for the first tune, it was “Tujhe dekha to ye jana sanam” 😛

Is your family musical?
No, I’m the first one. It doesn’t run in the family at all, I don’t have any family background in music.

If someone had never heard your music before, how would you describe it to them?
Usually pop. But it drifts depending upon my mood. I plan to do all kinds music in the future.

What inspires you as a musician?
Thoughts and Emotions.

What would you say is your greatest strength as an artist?
My fans! The people who love me and my music. Trust me, I’m nothing without them.

How would you define good music?
Anything that sounds good to the musician himself or anything that touches one’s soul.

Which musicians do you feel helped define your sound?
Hassan Omer from the band SYMT is one musician that has helped me A LOT in my music career, I have learnt so much from him. Also, my cousin Usama Nasir has helped me define my sound, and I still consult him while arranging all my songs.

Three people you would like to meet and why?
Nusrat Fateh Ali Khan, Quaid-e-Azam and Kurt Cobain because they inspire me a lot and I wanna know them from the inside.

What is your fondest musical memory?
I won my first singing competition when I was 6. That actually still makes me feel good 🙂

What advice would you like to give others trying to enter the music industry?
Be original and never lose hope.

What was the concept behind Tere Liye?
Certain things happen in your life which you cannot get over that easily, and you need a medium to let your emotions out. So I guess this song was the medium I chose.

Where was it recorded?
Walnut Studios, Lahore.

What are you working on these days?

My exams 😛  Haha kidding, I’m working on my 2nd original song which will be out in a very short time insha’Allah.

Any message you would like to give to Pakium readers and your fans
Keep listening to good music, keep smiling and stay safe. 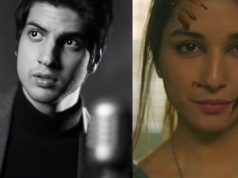 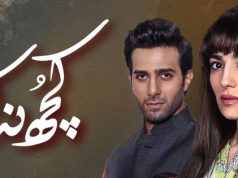 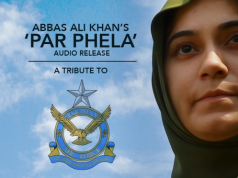 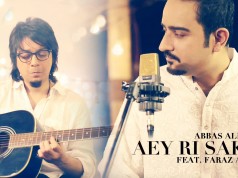 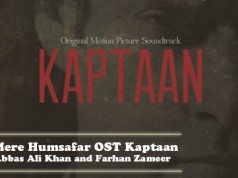 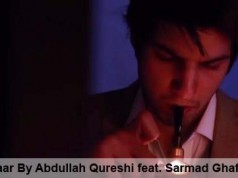