The ban on YouTube under the light of anti Islamic content, no doubt has affected the Pakistani local music industry badly. The most adversely affected people are those artists who have just emerged, and gauges their success from video virility on the mostly used video-sharing website. These musicians includes, the Saeen fame Ali Gul Pir , Beyghairat Brigade and many others who relied on the website to upload their content.

Recently a Lahore-based singer Ahmed Siddiq launched a new single ,”Sher Khan”. While talking to Express Tribune, he expressed his thoughts about the publicity of the song,”I am from Karachi and almost every street of Karachi has Quetta walay ‘hotels’ [tea stalls] and since I love the tea they offer, I used to visit them whenever I wanted, so they have partially influenced my song.”

“YouTube is banned in Pakistan but there are other options, like Vimeo,” says Siddiq. “Facebook is a major platform for content sharing as well. ‘Sher Khan’ was released via Vimeo on Facebook,” he explains. “The response has been amazing! I believe it [the video] is still in the process of reaching out to the masses.”

Talking in term of the composition of the song, Ahmed said,”Songs are not written; they land onto a composer and that’s what happened with ‘Sher Khan’ — it just sort of landed on me, The song has been sung in mostly a Pashto accent, while the slow parts are sung in an Urdu accent. The various tempo shifts make the composition interesting.”

“I have written approximately 90% of ‘Sher Khans’ lyrics. I had to repeat the melody but could not come up with lyrics for a verse, so I approached Sabir Zafar sahib and he wrote the remaining [song],” says Siddiq. The video production has been done by Fayyaz Ahmed and audio production by Mubashir Amdani. 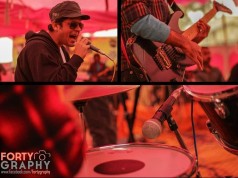 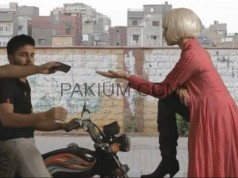