Drama Serial Humsafar has seen an unprecedented success for Hum TV in recent years and is now being considered as one of Best Pakistani Drama Serial. Since past few years, television audiences have forgotten what it was like to be glued to a TV set when the show is on air and to wait for the day to come when the show will be broadcast. It does not take much time to realize what has made the drama series so popular. The paramount reason is simple and that it is a complete cast and crew of drama, where everyone has done their part of the work really well. Already people are fans of the story as it is based on Farhat Ishtiaq’s novel of the same name.

A lot of them are seeing their imagination come to life through this drama series by having to see their favourite characters from the novel portrayed effectively on screen by:

Seeing the recent success and getting so many viewers attracted while it is on, the question does arise what makes it enjoy such a success. Not only has the drama received many views on YouTube, but it is also being repeat telecasted from the first episode due to such high demand. Here are the five reasons which make it so popular:

1. A strong woman standing for her own defence

Firstly, it is great to see a woman standing on her own in defence of her honor, dignity and self-respect. Domestic issues such as a mother

-in-law being extremely jealous of her daughter-in-law are relatively common, the only difference lie in their intensity. The drama shows the extreme side of this aspect that many women can connect to. It is about an issue of being accepted for who and how you are in your own right than what others want you to be. The relationships between Farida and Khirad in the drama are like this.

2. Seeing favorite characters from the novel on screen

Secondly, people are interested to see their favorite characters come to life on screen. All the cast-members have done a remarkable job in holding up the fans’ expectations in terms how each character should appear like. The script has been written brilliantly by Zakir Ahmed who is the screenplay writer for this drama. Though the drama Humsafar is different than the actual novel by Farhat Ishtiyaq, but then again it has to be shown on television and hence has to fit the format.

3. Complex relationships between the characters

Thirdly, the relationship that has been shown between Khirad and Ashar and between these two for their daughter Hareem is immensely deep. Their relationship gets complicated due to untoward circumstances in their lives. But this is not the only angle that the story holds. The other characters like that of Sarah and Khizar tell us what negative love or lust can do not only to a person carrying such dark emotions, but also to others whose lives could get ruined coming under their wave.

4. Unacceptability and preconceived notions amidst the characters for each other

Another angle to the story is of unacceptability for each other due to certain preconceived notions which are hard to shed away for someone who is unwilling to be open-minded. This holds true especially for Farida who never accepted her daughter-in-law since the beginning

because she was totally against her being married to Ashar. Same goes for Sarah who is not willing to let go of her love for Ashar whom she likes since her own childhood and always thought about marrying him. Due to Farida’s and Sarah’s image of Khirad being an ignorant, ill-mannered, poor girl from a low background is what stand between them and her to cover the distance of getting to understand her anew. Despite the fact that Khirad is the daughter of Ashar’s father’s sister, which makes her the first-cousin of Ashar. Between the class differences are strongly depicted.

5. A brilliant direction and acting

Lastly, the drama has gotten more people attracted due to brilliant direction and dedicated acting efforts from everyone. Most people who have not read the novel are now into it and those who have already read it and re-reading it. Not only the novel is getting more popular than it already was, but the drama itself is getting much positive reviews from the critics too. Television viewers are happy to see the quality drama and it has swept a wave across the nation of entertainment aficionados. 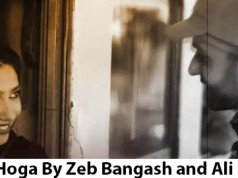