Lights, Camera and Action!! These three words are music to the ears of any potential actor and actress since the day to decide to become a star.

Many such dreamers exist amongst the Pakistani youth and the show ‘Hero Bannay ki Tarang; Sahi Jor Ki Talaash’ has successfully managed to delve such talent and creativity from the depths of obscurity to the performing stage. This is the first time a private sector firm Engro Foods has taken an initiative to boost the local film industry under the brand power of its tea whitening brand Tarang.

In the last season the search was on for the perfect hero, whereas this time around the quest was to find the perfect Lollywood couple that would recapture the chemistry the local film industry has not seen since Reema and Shaan.

Over the entire season couples shared with the audiences their talent and performing skills and were analyzed by the meticulous eyes of the judges who included the veteran director Syed Noor, the talented and hilarious Mr. John Rambo (Afzal Khan) and the charismatic Ms. Reema Khan.

Each week the theme of the show varied and allowed the contestants to showcase all sides of their talent. The couples had the good fortune of being mentored each week by some of the most renowned stars of the silver screen like Javed Sheikh, Sahiba, Nadeem Sahab, Khushboo, Arbaz Khan and many more. The eliminations were made based on the critical components the judges found missing in the weakest couple of the week. Never has the phrase survival of the fittest made more sense.

The theme for the finale was to perform on short films and the sequences left the audience and judges mesmerized and thoroughly entertained. The celebrity judges for the finale were Moammar Rana and Meera who were bedazzled by the performances and commented how they have never seen such “spectacular array of talent by the youth on stage”

The lucky couple that proved to the judges that they are the “Sahi Jor” for Lollywood was Mahrukh and Asad Zamaan who won the finale along with a scholarship to an international acting school worth Rs. 1.5 million.

The star studded finale was quit an impressive ending to the show that has won the hearts of many and we look forward to an even better season next time around. 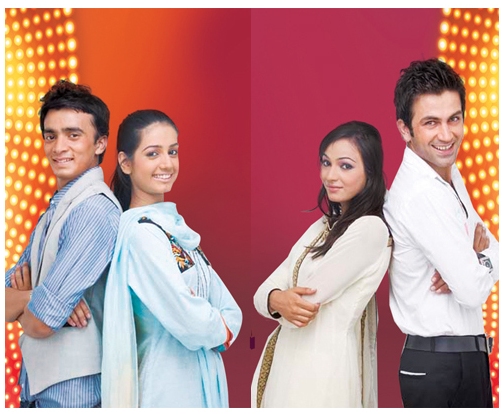