After failing to captivate the minds and hearts of the people of Pakistan, United States steps forward to launch their newest and probably the best weapon – Sesame Street. It is a well-beyond thought and an approach that might well change the entire educational system of the country.

Sesame Street is a popular preschool educational television program that targets children having a better future. It has been a successful program all over the world, with 20 international versions, and broadcasts in over 120 countries. Thanks to a whooping $20m funding from the US Agency for International Development; children in Pakistan will now be able to watch the amazing puppets speaking the local Urdu language instead of English.

The show will go on-air later in the year and it’ll be set in a village in Pakistan. According to Britain’s Guardian newspaper, the remake will star a puppet called Rani, the six-year old daughter of a peasant farmer, with pigtails and a school uniform.

“Education is one of the vital sectors that need help in Pakistan.”
– Virginia Morgan, a spokesperson for USAID, told the BBC.

“Teaching kids early on makes them much more successful when they get to school. And this program will have the capacity to encourage tolerance, which is so key to what we’re trying to do here,”
– Larry Dolan, head of USAID’s education office in Pakistan, told The Guardian

“In terms of bang for the buck, reaching 95 million people is pretty important. This is much more than a TV program, far more ambitious than a ‘Sesame Street’ series.”
– Larry Dolan 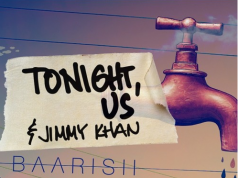