The Concert review shared below is done by Omer Bilal Akhtar of Aunty Disco Project(ADP). The Band ADP started the show before the performance of “JOSH” and gave an amazing & outstanding performance and simply rocked the crowd at Royal Rodale. We couldn’t again see or cover the band’s live performance but this review tells us what actually happened there. Omer also shares some bad experiences he & his band suffered there . So do read out this review if you want to know what actually happens before the concert & at the back stage.

So we opened for JoSH this past weekend….

The show was at Royal Rodale, which is thankfully pretty close to where I live, so I was relieved that it wasn’t a major trek. The boys and I were pretty pumped about the show, Yasir and Rahail got to my place early and even managed to squeeze in a game of cricket that got far too sweaty. Well basically it was Yasir and me playing while Rahail and Aamir sat on the side and made hurtful comments.

The problem with having a gig closeby is that you tend to relax about the things you carry, when we finally got to the venue, we realized we were missing a bunch of things.Â  Luckily Ali Alam was able to get them. He had yet to arrive because he travels separately… on a white horse… flanked by nubile women…with palm leaves…feeding him Skittles.

The stage setup looked fantastic, it was about 10 feet high surrounded by this massive iron rig. Ishtiaq Bhai of Shadab Sound was doing our sound today, it was the first time I had worked with him, we had been going with Audiolink for the longest time, so I was looking forward to the change. The soundcheck was pretty painless and it sounded really good, so we were really enthused about performing.

However, there was a really strange vibe going around. We were getting stared at like we were aliens. I think we were generally a little put off because the Royal Rodale management and their security people were being dickish. We kept walking up and down, transporting our things and we walked through the check points enough times for them to know who we were. And we got stopped at every point along the way with people asking us if we had a ticket or a pass. Now we’re not the kind of band that makes a big deal out of things like this, its fine if people don’t know who we are. But unless you have employed a bunch of goldfish as your security, you’d think that they would remember us from the 5 times we passed by them. I know we’re not the most famous band in Pakistan but it seems to me, that if you paid us money to come perform at your concert, you’d know who the fuck we were.

As performers, we had the privelege of getting 10 free tickets for the entire band to give out, while it wasn’t a lot, we didn’t ask for anymore. I took our guest list down to the ticketing counter and tried to explain to the ticketing guys that they needed to let those people in. I was confronted by the ‘head organizer’ who fixed me with a “who the fuck are you” glare, clearly meant to intimidate. I calmly tried to explain that I was Omar from ADP and I had a guest list that needed to be taken care of. He in turn glared back and claimed that the guest list hadn’t been discussed with him. I said that my manager had spoken to the organizers and they said it was fine. A tense standoff happened before he finally said fine. By this time I was seething.

The guys started getting irritated as this needless harassment. Things got ugly when we walked out of the gate holding water bottles that the organizers had provided us. The guards saw us walking out with those bottles. When we tried to re-enter, they informed us we couldn’t bring the bottles back in. No amount of reasoning could convince them that these were in fact water bottles that came from Royal Rodale. Again, I chose to tell the guys to chill out, and ignore it, but we were all just livid.

The opening act 90 Degrees were performing, we got a couple of their songs. We knew that the crowd hadn’t really arrived yet, so we decided to go back to my place where we could relax for awhile and I could change into my sexy performance clothes.

The moment we got to my place, the organizers started calling us back, telling us the concert had a midnight deadline and we needed to get on stage now. I was afraid that this was going to happen, which is why I was glad that we weren’t there, being subjected to needless pressure. We told them to wait, we’d be there in ten minutes. I was trying really hard to not let the bad vibes get to the guys, I think it helped that we were all together in once car, so we kept our spirits up.

Once we got in, there was a pretty sizeable crowd and there was an RJ on stage trying to buy time because Aunty Disco Project were late. I didn’t see what the massive fuss was, we had barely been gone for 15 minutes and we were going to start the show at 9:40, which was a pretty decent time to start.

We took the stage and I was amused by a row of extremely buff bouncers at the foot of the stage dressed in fatigues ( no jokes!) and combat boots. It looked like the A-Team was the night’s security. They were doing their best to intimidate the front row which mostly consisted of screaming teenage girls. I asked the crowd to come closer and not be afraid of the bouncer guys and cracked a few jokes at their expense. Judging by the look that one of the dudes gave me, I was pretty sure that he was going to rape me after the show.

We started with Sultanat, and the crowd surged forward and started cheering and headbanging. It was magnificent! everyone knew the words and were singing along and it warmed my heart to see boys and girls dancing and just genuinely enjoying themselves. We played all original material for the first time, including our new versions of “Likhta Nahin Mein” and “Raat Jaagi”. “Nazar” was a crowd favourite and we also played “Jaaney Vaaley’, one of the newer tracks. We were all set to perform 4 more songs when we were told by the organizers to cut our set short. I was in no mood to fight especially since we were having such a good time on stage, so we just went straight into “Hum Na Rahey’ and “Mujhey Sahara Do” as a finale.

We got off the stage to thunderous applause and people asking for more, I knew the set had been too short but at least we put on a good show, and thats all you can really ask for.

We briefly met JoSH backstage while we were left the stage. They seemed nice and really polite. Before he got on, Q turned to Yasir and asked “Crowd mein bachiyaan bhee hain, yaa sirf launday?” (Are there any chicks in the crowd or are there just desperate dudes?). I was most amused.

As we went downstairs to put our equipment away, we had mixed emotions about the show. Our performance itself was great but just the general atmosphere had been kinda hostile. Rahail and Giles left immediately, Ali, Yasir and I decided to stick around for JoSH.

While we were coming back up, security decided to stop us again and this time I lost my temper and accused the guards of simply trying to humiliate us. People were watching so I went upstairs without causing too much of a scene, but still seething….I went back down when I was leaving and decided to give them a peace of my mind. I started off trying to politely reason with the Royal Rodale management, but they seemed to be on some massive power trip and started yelling back at me. That was when I lost it a second time and I accused them of getting their kicks stopping and harassing people for no reason. I’ve tried to have a really clean record when dealing with people and the last thing I want to be accused of is diva-esque behaviour. But this was beyond what I could handle and I caused a scene. My friends stepped in to defuse the situation and then I finally left after an admittedly self righteous rant about Pakistan and our society and how we lack common decency (heck I don’t even know what I was on about, I’d like to think I was quite eloquent)

I have to say I was a little dissappointed by the fact that JoSH were relying on pre-recorded backing tracks while singing live for the concert. I suppose it makes logistical sense since they’re coming from Canada and probably dont have time to rehearse with a live band. But it just tones down the live energy of a show. Anyway, the songs were good, and the crowd seemed to be enjoying themselves which is always good to see. JoSH finished at around 11:20, well before midnight, so telling us to cut our setlist short for them was basically a load of shit.

It was a day that should have been great for us, but all the hostility and gotten to us and we were exhausted by the constant defensive mentality we had to keep up. But on the plus side, the concert was well organized, without technical issues and the organizers got it right for the most part. Somethings could have been handled better, but at least our crowd enjoyed the show and I’d like to think we gave them their moneys worth.

Aaah well, till the next time then… 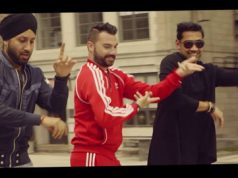