Shiraz Uppal may have experience of working in Bollywood (Dhoka, Nayak) but when it comes to full-fledged album release across the border, he is still a rookie. But now that is changing. After 2005’s magnificent Jhuki Jhuki, Shiraz is back with Ankahi, his latest record that launched all across Pakistan this Eid. And Shiraz is taking this record to India in the coming weeks.

“I’ve signed up with T-Series. It’s my first album release in India but the record label was very welcoming and liked the record so I’m hopeful,” Shiraz told Instep Today…

Describing Ankahi, Shiraz revealed, “At the time of Jhuki Jhuki, there were some songs on that album that I had done forcefully. Keeping in mind the demand of the market, songs that could be sung at concerts etc – I deliberately put some material on it for commercial reasons. My forte is creating soulful ballads, ones that come straight from the heart. My music is more introspective. In Ankahi, nothing is forced. There was not any reluctance and I just went with it,” says Shiraz of his new album.

So far, he’s happy. “I’ve heard that people like it. My experience with Fire Records was fantastic. Despite rumours about them, I enjoyed working with them.”

Now whether Ankahi surpasses expectations remains to be seen but for what its worth, Shiraz Uppal is not someone who can be ignored easily. We better listen up because the man knows just how to compose beautiful and well-crafted songs. 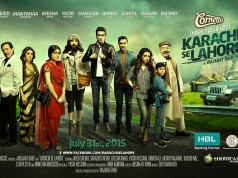