Another article has just been published in Guardian by Asif Akhtar. The title of the article is “Pakistan’s been rocking for years” and it is written as a response to a recent article published by Declan Walsh in Guardian on Pakistani Rock Scene.

In this new article, the author emphasises that Rock Music is not ‘new’ in Pakistan and Pakistan’s been rocking for years , even before the time of Mujaheeden & Taliban. He memorizes the time when Pakistani cities had a hip and swinging jazz/rock scene and alcohal was allowed in the country. The article helps us to understand the old scenario of music in Pakistan. He then talks about the interference of the GOVTs & MULLAHs in culture & then again comes to the topic and writes about the importance of Alhamra HALL & the arrival of VITAL SIGNS & JUNOON in Pakistan.

In one paragraph, he wrote that ‘ENTITY PARADIGM’ won the PEPSI battle of the bands however as per my knowledge it was won by the band AAROH & PEPSI sponsored the debut album of the band.

Anyhow, do read out the complete article from the link below and also check out how did he promote Shahzad Hameed in it 😉

& Yeah COMMENT IS FREE (i just learned from Guardian 🙂 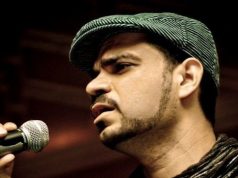